So, You Wanted an Electric Bicycle But Could Not Afford It? 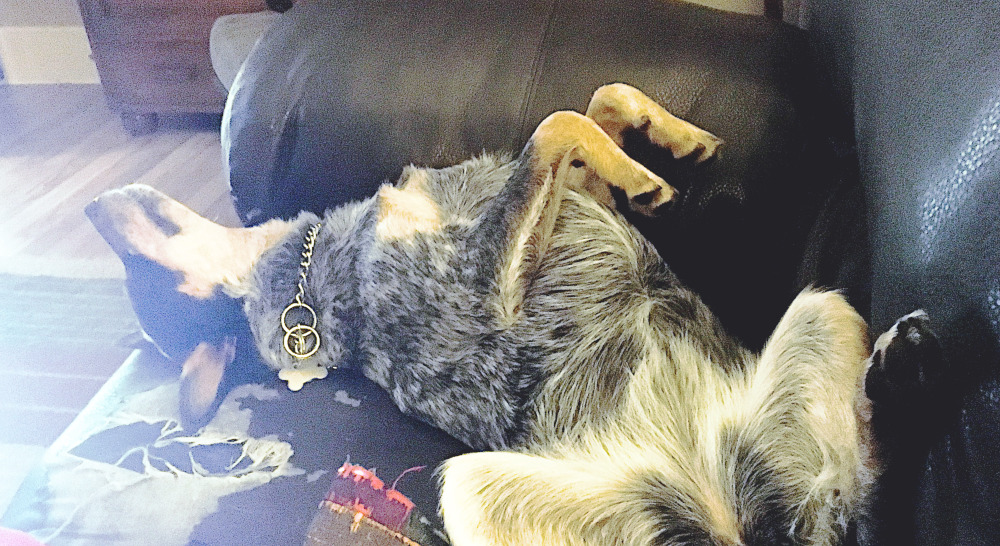 So there I was with very one’s attention. Three people all stood over me eagerly wanting my story about how my desire for an electric bicycle brought us all together.

So I started to tell them….

As an avid cyclist, I began to watch as more and more electric bikes started to show up on the streets. Odd as they were I didn’t understand it, until I got on one. I was impressed with the speed, and the uphill pedaling was so effortless. But the price tag was crazy; and I thought, no my Norco hybrid 21 speed is all a man needs.

But the speed kept haunting me. Clever as I always thought I was, I just couldn’t stitch together a cool self-propelled bicycle in my man-cave. So, I moved on to better projects.

That was until one day, I saw it. It was amazing. It was inspiring. Alone, along the well-groomed paths in Millet, Alberta, there was this pretty lady, riding a mountain bicycle, pulled by a German Shepherd. I mean, at least I thought it was a German Shepherd. The gal was a redhead, wearing a halter-top and designer jeans. What a sight that was; a dog pulling her along effortlessly, safely, and more importantly, environmentally responsibly. Even when the dog pulled over and pooped, she slipped off her seat and scooped it up. Did I mention she was a redhead?

I followed the lady for about an hour until I worked up the nerve to ask her a few questions. Besides, the dog was getting a bit leery of me, so I made my move. “Excuse me,” I carefully prompted her, “can I talk to you about your dog cycling?” The dog looked at me and growled. “Be good Mitzi,” said Red. And with that I learned that Mitzi liked cycling, and they do it every day, usually the same time of day, and along the same bike paths. I also learned that she has never had to worry about strangers stalking her in public parks. (I wonder what she meant about that?)

It was the perfect combination of man and machine. (It’s just a common term; please, no angry emails.)

So I did the math, electric bicycle, $2500.00, dog $500.00; and that’s if I got a purebred. So it was all settled, I would go out and get a dog.  I was worried about a rescue dog because you never know what you are going to get, and I needed to be in full control.  Besides, the local pounds only had an angry pit-bull and a skittish Chihuahua.

So I opted for a purebred puppy of some kind. I sat down and drew up criteria, consulting Google on breeds. I needed a strong dog, smart with a bit of energy. I was planning on being pulled a great deal. The excitement mounted, when I finally made my decision, I would get a female, because I was told that they go well with male owners. It’s funny how that does not work amongst humans. (Again, please no angry emails). I settled on a good old Australian Cattle Dog, a Blue Heeler. I had stumbled across videos of Skidboot, the smartest dog in the world; and you can’t go wrong with a Heeler.

I got my puppy at 8 weeks. I named her Brodie. I fed her, bathed her, and attempted a bit of discipline training. Brodie was a bit hyper at times, but that is the energy I was looking for. It was winter when I got her. Late March rolled around, and Brodie was 6 months old, a lot bigger and full of energy. I was pumped.

I couldn’t remember how Red had tethered Mitzi for cycling, and I really needed to talk to her. I hadn’t gotten her phone number, and I had noticed that she stopped coming to the park before winter. She never came back. I asked everyone in town if they had the phone number for a halter-topped redhead who wore tight jeans and rode a bike. A few told me where to go and how to get there; but no phone number surfaced. So it was all up to me.

Thinking that a rider should have their hands on the bars at all times, I decided to wrap Brodie’s leash to the head-post. I bought a long 25-foot cable and fastened the necessary hardware at each end.  I opted for a good harness thinking that maybe a dog wearing a choker-chain while pulling a bike may project the wrong message.

The day I launched my ride was perfect. The sun was out, a few birds were chirping, and the park in Millet was quiet. It was the middle of the week, and even the kids were in school. So I had the road and bike paths all to myself. I hooked up the cable, and Brodie. Was Brodie ever excited! As soon as I clipped on the leash to the harness she lurched ahead.  Holding back my bicycle, I fought to mount my saddle. Brodie’s legs were already scratching at the pavement, trying to pull ahead. Brodie’s engine was roaring; her hyper-energy was amazing. It was hard, but I got on my Norco and without having to say “mush” Brodie was off! The first thought in my head was, “Maybe I should have taken her out for a few walks during the winter.” But my Blue Heeler powered bicycle was really moving! We went hell-bent-for-leather, west towards the park on 50 Avenue. I held Brodie back with my brake levers. I must have been a real sight; a fifty year-old overweight man being pulled at a great clip by a Blue Heeler while smoke from burning brake pads billowed out.

I had a real big smile on my face. I love it when a plan comes together.

I looked to my left and there was Mrs. Nestor sitting on her porch. With one hand in the air waving I hollered, “Howdy Ma’am!” and at that very moment my bike lurched ahead. “Damn I forgot I was holding Brodie back with my brakes!”  We got to the park, and Brodie hit the path and curb a full bore and by this time my brakes had burned off and nothing was holding that bitch back. Good gawd, I must have been going 40 km/hr. We sailed down the path, and at the creek the first of three arch footbridges met me with such disdain. I yelled at Brodie to stop but there was no pleasing her. She flew over the bridge as I held on for dear life. At the crest of the bridge, the frame of my trusty Norco 21-speed bicycle caught air. In perfect harmony, my fat ass separated from my bike seat, and for a moment we must have been picture perfect as I gracefully flew over the creek. My crotch hit the seat and my 250 lbs. frame embedded my manhood into the memory foam of the saddle. I felt like puking, and tried my best to yell at Brodie to stop and take a piss, but she would not have it.

Then I saw what Brodie was focusing on.

Off in the distance was a halter-topped redhead wearing tight jeans on a bike being pulled along by a German Shepherd. Brodie was running faster than ever.  I yelled ahead, “Hey nice to see you…..,” At that very moment Red dropped the leash and Mitzi took off! As I sailed by Red, I said, “Oh, you were holding the leash, kinda makes sense…..”  Then, Mitzi made a sharp left across the field, running for her life since, by now, Brodie was growling and barking like mad.  My bike whipped to the left and now I was hanging onto the handlebars like a four-year-old to an ice cream cone.

Coming into focus I caught a glimpse of an island of rough raw trees and bushes about 50 feet ahead. Before I could get the word out, both bitches dove into the thick of it.

My life passed before my eyes along with four spruce trees, six Russian poplars, one birch, and a squirrel. I was airborne again, as I saw my bike being pulled out from under me as it disappeared into a thicket of rose bushes.

“That’s the last thing I remember,” I said to the three people looking down on me. “Interesting story,” said the doctor, “now open wide.”