Putting You and Your Family Back in the Saddle. 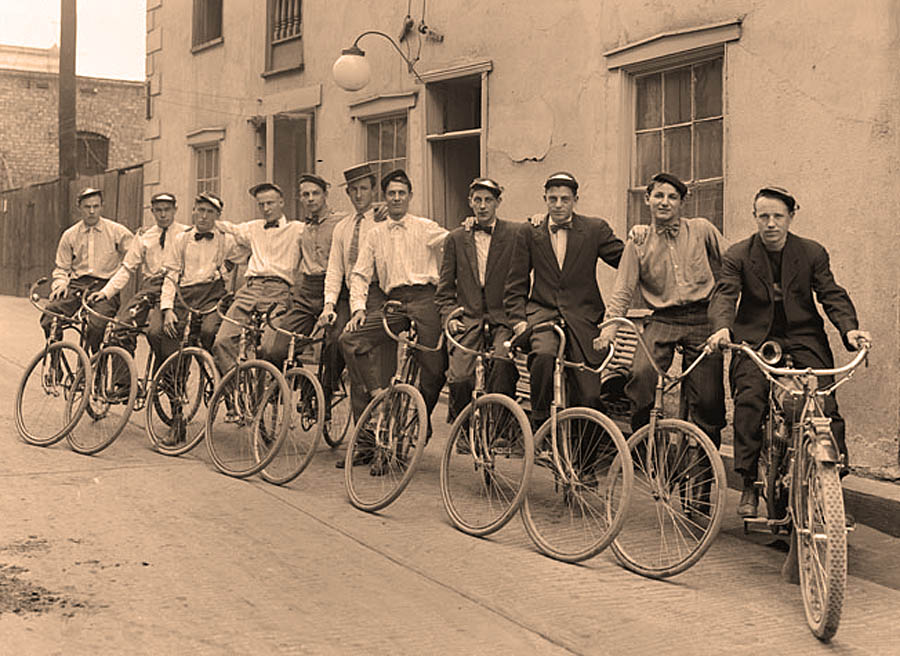 (CCN) Prognostication is in the eye of the beholder, or at least is how one author saw the future of cycling history in 1893. Recently I came across an issue of “Bicycle” written by W.N. Robertson on Archive.org. A curious booklet published in 1894, containing all sorts of cycling primers, tips on riding and the latest gear. The same fodder found in some magazines today.

People who rode bikes did it as a serious mode of transportation and not mere recreation. They were expensive and many people could be seen preambling about in suites, knickers, spats and fancy hats. For the middle class, a horse was just cheaper making those messes on the road for the cyclist to contend with. That is probably why your great grandfather always talked about his black horse and probably never brought up his favourite bicycle.

The expense of cycling aside, what was more interesting is the predictions made by cyclists about the future. In a section that Roberson titled “A HUNDRED YEARS HENCE”, he quotes an anonymous contributor, if indeed it was actually him. The prognosticator wrote a five-paragraph prediction about cycling in 1993. Influenced by the advent of popular scientific and humanist influences of the day, such as Charles Darwin, and Friedrich Nietzsche the writer touches on bicycle tech, roadway advances and yes even the evolution of the cyclist one hundred years in the future.

It was truly amazing that the writer of the 19th Century got more correct than wrong, of course, the stuff he did get wrong may give you a chuckle.

A Prediction that could make Cycling History

“The cycle of 1993 will be built on much the same lines as the safety of 1893 – i.e., with two small wheels nearly the same size, the front wheel being slightly smaller. The was the plan of the first machine built in 1817, and, now, after a lapse of 76 years, we have come back to the original design. A machine on this plan can be built stronger and lighter than on any other mode. With the weight between the two wheels there is less vibration than when it is other either one of them, as in passing over an obstruction the weight is lifted one half the distance in the former case than it is in the latter.

Then by the use of some alloy of greater tensile strength, weight for weight, than steel, and by filling the tires and tubes in the framing with hydrogen instead of air, the weight of a road machine will be reduced to ten pounds or less, while racing machines will not weight half that much. The machine will also be made so that it can be folded up and carried about or stowed away in a trunk. By improvements in the construction of the bearings of moving parts, friction will almost wholly eliminated, and the method of applying power will be so perfect that there will be absolutely no such thing as lost power.

The roads will be prepared especially for cycles, the grades being very slight, and, in fact, sufficient to provide proper drainage. The surface will be hard and smooth, the outer edge of all curves being raised as on a track. The roads will be kept clean, as by that time the horse will be found only in zoological gardens. The improvement in rider will be equally marked. From the continued and increasing use of the wheel a race of people will be evolved that will take to cycling as readily as a foreign immigrant does to politics. Taking all these things into consideration we may expect an average speed of 30 miles an hour on the road and 60 miles an hour on the track. The use of the machine will be universal.

Children will be taught to ride as they are now taught to walk. The suburbs of our great cities will extend from 60 to 100 miles in every direction. All patents will have expired, and such large quantities of bicycles will be manufactured that the cost will be minimal and within the reach of all, There will be no more crowded tenement houses. The artisan, who will work only four hours a day, will live with his family in a cosy little home in the suburbs, where he can see the sunshine and breathe the fresh air. The use of the wheel will have so improved the stamina and physique of the race that the only cause of death will be old age and accidents.

Railroads will be used for transportation of freight only. Every individual will own a bicycle. Those intended for long-distance travel will be run by small but powered storage batteries, which may be charged at automatic electric stations by connecting the battery to a dynamo and dropping a coin of small value in a slot. With machines of this character it will be possible to attain a speed of 150 miles per hour, and to overcome the wind pressure they will be fitted with wedge-shaped wind shields, made of some tough yet transparent substance. The bicycle will not be used in war for the simple reason that a dyspepsia will be unknown everybody will feel so well and be so good-humored and disinclined to quarrel that there will be no on to go to war.”