Why Your Derailleur Captured the Wheel Spokes 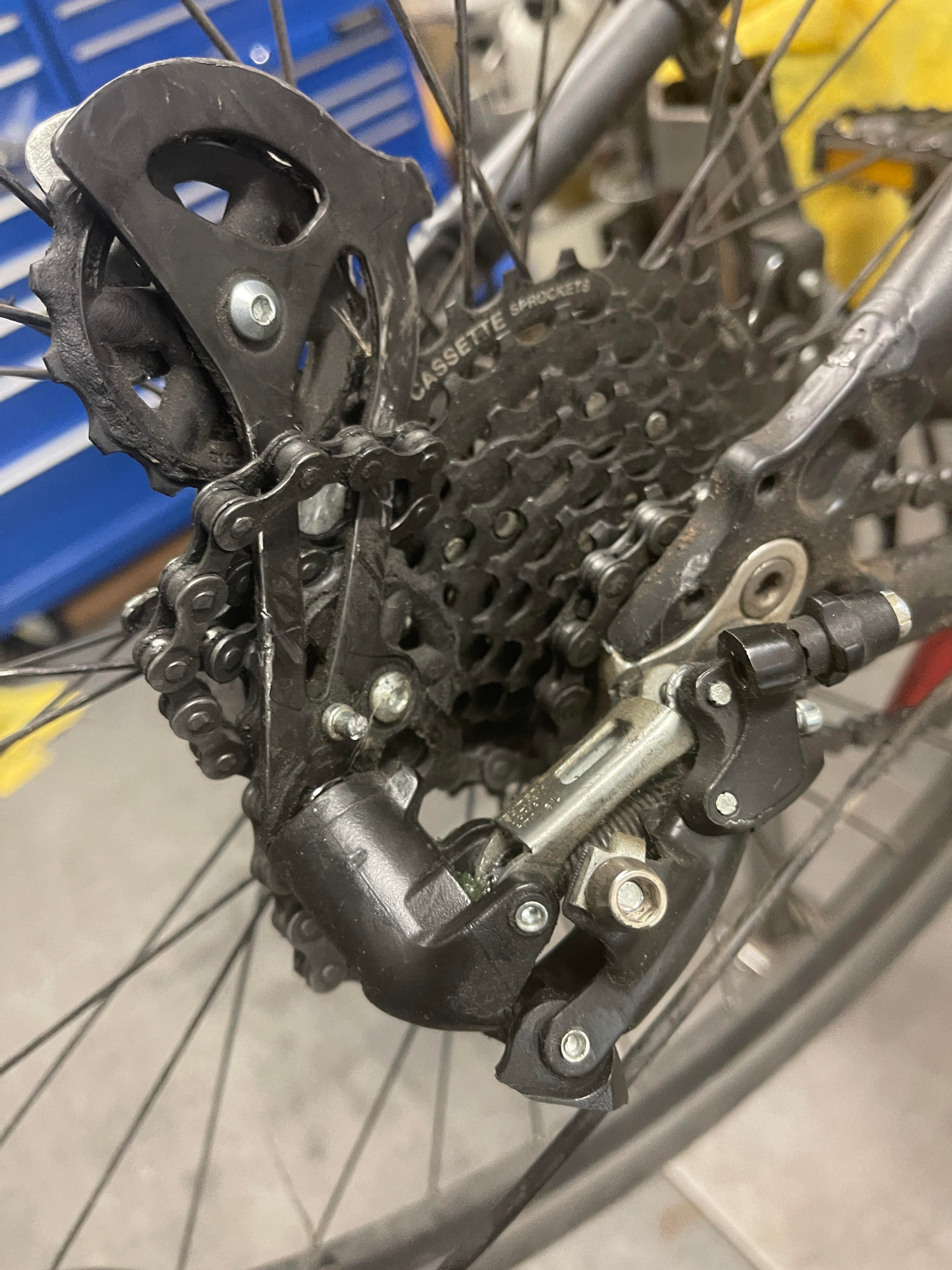 The heartache of a destroyed bicycle drivetrain

You are riding along a beautiful nature trail with an incline approaching. You shift up to your largest rear sprocket and before the climb, the bike comes to a halt and the heart breaking sound in heard. “crunch!” With tears in your eyes you gaze upon your derailleur. The lower pulleys of the derailleur has captured the rear spoke wheels and rapped itself upwards, twisting your chain.

This scenario is very common. Initially, the Bicycle Mechanic had installed the derailleur and properly set the limiter screws preventing the chain from dropping into the spokes. However, this accident is different than just a jammed chain. In this case the bottom pulley of the rear derailleur caught into a spoke and in beautiful synchronicity, was grossly pulled up.

What causes a derailleur to be caught into the spokes?

Long answer, the bicycle owner improperly transporting the bicycle, or laying the bicycle down on the drive-side. This practice over time bends the derailleur hanger (drop) inward, which places the bottom pulley in the path of the wheel spokes.

Why would this cause the derailleur hanger to bend?

Three ways of preventing the derailleur hanger from bending.

The derailleur hanger is an expensive little part. The derailleur hanger is also a complicated little piece. As varied as a puzzle piece, this part comes in various shapes, sizes and mounting styles. As a result, it can be expensive. A little care in the use and handling of your bicycle will prevent what can only be described as the most catastrophic self inflicted damage to your bicycle. Maybe just buy a kickstand after-all. They may look dorky, but who really cares.