The Derailleur: the Key to dating Your Vintage Bicycle 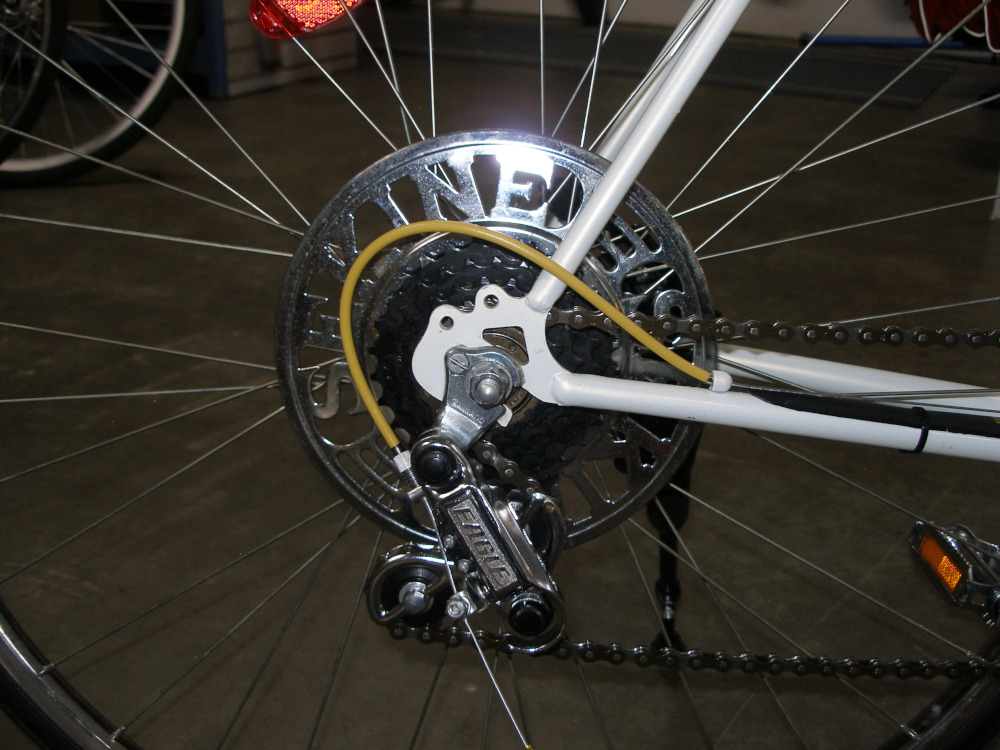 The Derailleur, the mechanism that is older than your great grandmother, yet it is the miracle drive system of bicycles worldwide. The first samples of a gear changing mechanism can be found as far back as the late 1800s. But first patent for the derailleur can be attributed to Paul De Vivie, a touring cyclist and writer, who invented a two speed variable-ratio system comprised of two sprockets. This invention gave the rider climbing abilities which allowed De Vivie to tour mountainous regions.

The modern derailleur is best attributed to the Japanese company Suntour in 1964 when they invented the slant-parallelogram rear derailleur, a design that was quickly copied by other manufacturers once the patent expired. Today all derailleurs are based on the Suntour design. The true winners of this design ended up rewarding Shimano, a company that still dominate the market today. Suntour itself was near bankruptcy in 1988 and was rescued by Sakae Ringyo Company, and today we know then as SR Suntour Inc. Not to toss disrespect to the granddaddy euro-cycling giants Campagnolo, but their 1949 offering was of a different design, and Suntour’s efforts combined with the post-war booming Japanese economy, overwhelmed the cycling world, so Campy took a back seat.

The point is, to realize that the derailleur is a long standing staple of the cycling industry going back to the turn of the twentieth century. With most bicycles employing this complex drive-system, identifying the derailleur can nail down the manufacture date of your ride to within a few years.

The process of identifying your derailleur is simple.

Once you have these two sets of information, google is a friend.

But wait! Probably the best repository for dating a derailleur is held by the creators of Disraeligears.co.uk. A wonderful resource providing details of each derailleurs, the date of inception, use and history along with crisp images for comparison. They also have a Facebook page with nearly a thousand followers, a resource of enthusiasts that are itching to provide you with input.

If you get stuck on your chrome gem, take an image and post it to that page. Your answer will only be a few hours wait. So be sure to visit Desraeli Gears (not the band) and JOIN their GROUP.

Restoring vintage bicycles, or bringing your old friend back to life can be a very rewarding experience, and the key to dating it is found in the Derailleur system.